Bad news for drone enthusiasts as prices are rising on products from the popular DJI drone brand. Being a Chinese company, they are one of many that was hit by the recent tarifs from President Trump. This is one of the first instances of a drone manufacturer passing on the cost of tariffs to american consumers. With no end in site for the trade war, it’s yet to be seen whether this will be where the price sticks, or if we’ll see more increases in the future.

Across the Mavic 2 line their site shows price increases of roughly 13%. This is lower than the announced 15% for tariffs announced by the President, which is a bit of a silver lining. While it’s a bit lower, that’s little consolation for those in the market for a new drone who are now faced with increased prices. Thirteen percent is a hefty increase, especially for expensive drones where it can mean a well over $100 price increase, if not more. DJI’s top of the line products approach the two grand mark which is where even a few percent can mean a lot of extra money.

Unfortunately, other drones in the line have also seen price increases, and some up to 15%. The DJI Mavic Air saw an increase from $799 to $919, a 15% jump. It looks as though the entirety of the DJI product line is affected in some way.

As mentioned, these price changes are limited to the United States due to tarifs. Using the localization tool on DJI’s website you can see the prices for Canada and Europe remain at their previous prices. These prices increases are exclusive for those in the United States.

In addition to the price increases, some products are straight up missing from the store. For example, both the DJI spark and Phantom 4 are no longer available, although you can still access accessories for each. Whether this is also part of tariffs is not clear, but it could be another casualty of the trade war. There are a number of other drones listed as out of stock as well, and it’s yet to be seen when they will come back into stock.

For those looking to get around the tariffs, some retailers still offer them at their pre-tariff price. Places like Amazon still have several of DJI’s products for their lower price. How long this will remain is yet to be seen, so if you’re in the market for a new DJI drone it may be the time to jump before prices rise all around as they inevitably will.

DJI isn’t the only tech company hit by tariffs. Many other companies have some or all of their manufacturing in China, and have been hit with increased costs. Apple for example manufacturers many of their products such as the iPhone in China, and have been hit by the tariffs. They have chosen to eat the cost at the moment, but it’s possible they may change their stance if the trade war continues. DJI may be one of the first, but it certainly won’t be the last if tariffs continue to increase over the next year.

It’s certainly no fun to be paying extra for our gadgets, but it’s easy to see DJI’s problem. The tariffs have cut into their profits, and they’ve taken actions to correct that. It detinfelty isn’t good for the consumer, but profit is necessary for companies to stay in business and keep innovating. Hopefully we’ll see the end of this trade war soon, and see the prices for DJI drones and accessories drop back to their pre-tariff level. 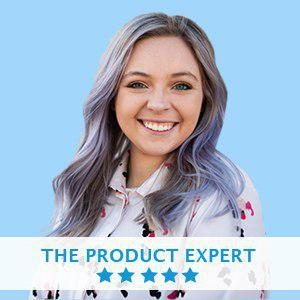 Kennedy Martinez is a resident writer who joined Dronethusiast at the beginning of 2019. She has years of experience reviewing drones and other tech products. When it comes to flying drones, Kennedy loves the ability to create artistic videos from a unique point of view. Kennedy enjoys researching new drones and other exciting products that are available to consumers which is why she is committed to creating the best buyer’s guides for our readers.

Other Interesting articles in “News“